Connecting the modern, distributed enterprise doesn’t need to be slow, complex, or expensive. Ananda is rebuilding the network from the ground up. We allow organizations to deploy their own private, secure, high-performance networks in a matter of minutes, connecting remote users, branches, devices and applications anywhere — as if they are on a LAN!

Ananda's patent-pending distributed, multi-cloud network fabric offers the fastest network performance, lowest latency, and tightest zero-trust security. Delivered as a 100%-software based solution, it makes it unnecessary to deploy costly and complex hardware such as VPNs, firewalls, SD-WAN or MPLS. 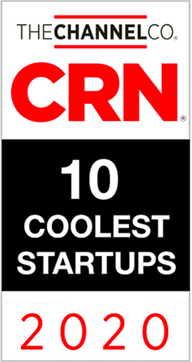 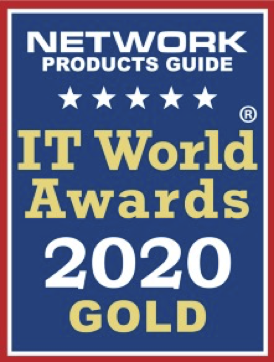 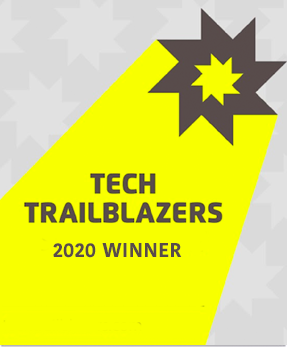 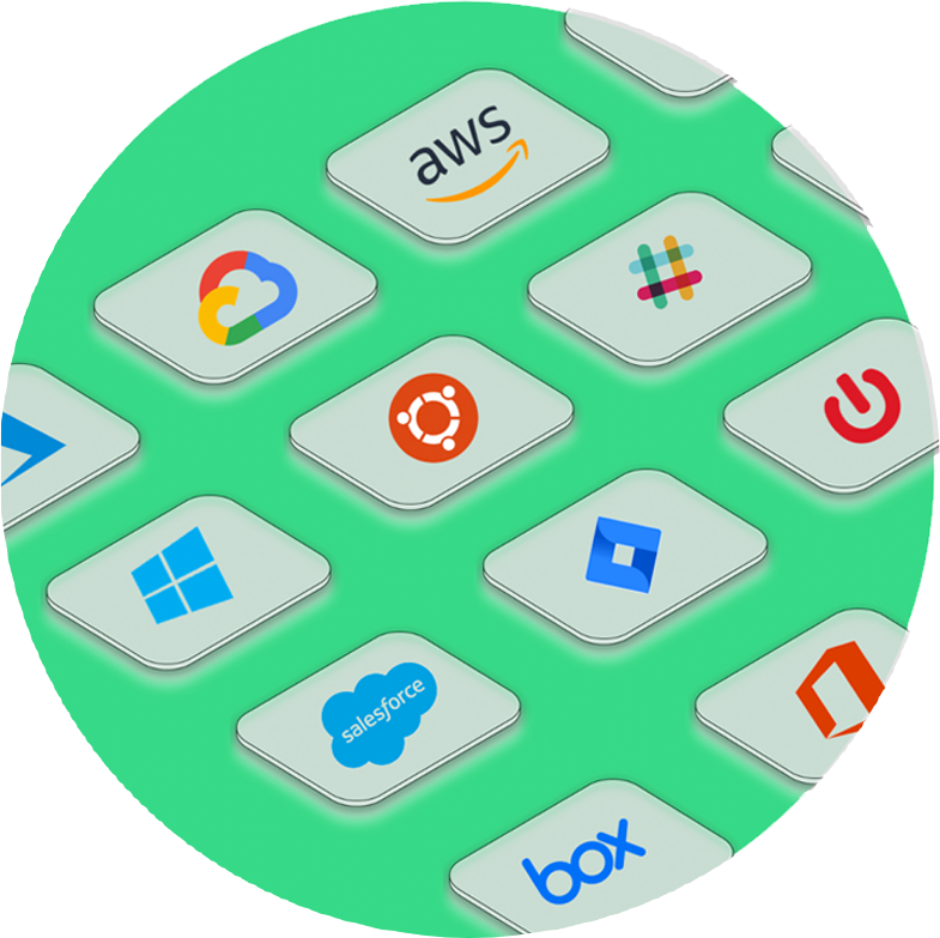 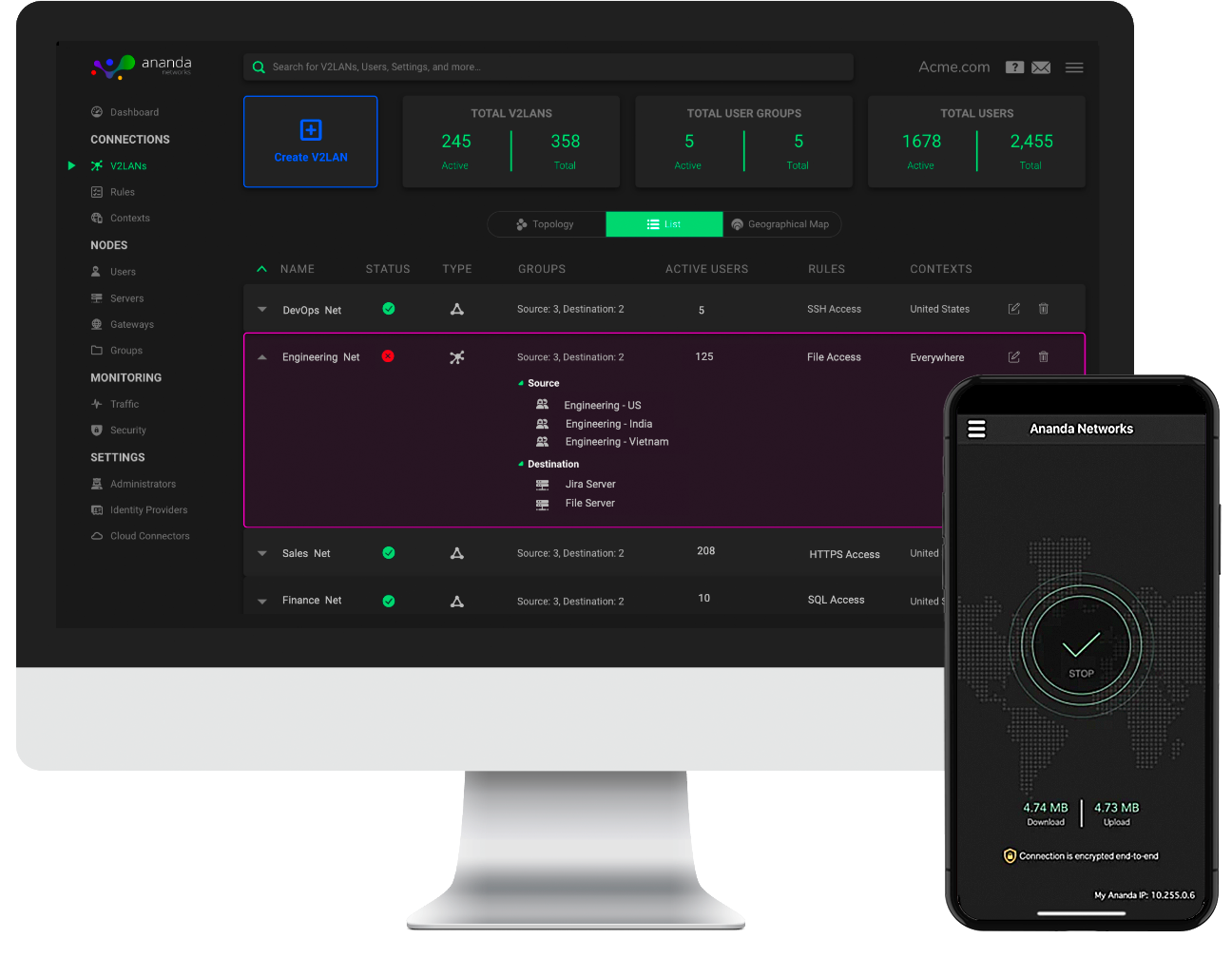 LEARN MORE ABOUT OUR SOLUTIONS

How Customer Are Using Ananda to securely and efficiently connect their modern, distributed enterprise

How does Ananda compare to legacy VPN, SD-WAN, and SASE solutions

#1 IN NETWORK
PERFORMANCE
Ananda achieves the highest network performance and superior link quality. While centralized systems such as firewalls, VPNs, SD-WAN, and other SASE solutions backhaul traffic or force it through their own, finite number of data centers, Ananda is using a distributed architecture. Ananda’s distributed fabric allows organizations to build their own networks that connect any two nodes directly and at higher speeds, without any traffic backhaul and without entrusting their traffic to a third party.

Ananda also leverages machine learning to determine the optimal path between any two nodes, and when advantageous it routes traffic through Nitro(TM) relays across hundreds of different locations around the world to achieve up to 25x faster connections and higher quality links with lower latency and jitter.

END-TO-END
SECURE
Ananda implements tight security controls over all communications going over the network. It starts from the moment a user initiates a connection, requiring the user authenticate. Unless explicitly allowed, Ananda uses a zero-trust model blocking the connection and eliminating any attack surface. To make a connection, the parties are also required to meet contextual access rules, such as geo-location, time of day, or device posture.

Once a connection is initiated, it is encrypted end-to-end between any two nodes on the Ananda private network, and does not need to go through Ananda or get decrypted. When going out to the WAN, Ananda can run additional security services to inspect the traffic. Finally, the connection is logged and centrally monitored.

A 100% SOFTWARE
SOLUTION
Ananda is cloud-managed and does not require the installation of complex and costly hardware appliances, or sending  traffic through its infrastructure. Organizations can deploy Ananda agents across user devices and servers, or set up Ananda gateway software on any virtual of physical appliance.

Since Ananda can be implemented in minutes and works with commodity hardware and without impacting the entire enterprise network, it can provide up to 90% savings compared to legacy solutions.
“Installing Ananda is mindbogglingly simple. We managed to connect in less than an hour at much higher speeds”
‍

CTO, Silicon Valley tech company
“Ananda allows us to meet our need for speed, security and capacity due to the new working-from-home trend and increasingly distributed workforce”

Aviram Jenik, CEO, Beyond Security
“Ananda Networks helps us deliver the highest level of security and speed all the way to the user working remotely”
‍

CTO, Silicon Valley tech company
“Our users are much more satisfied with our cloud and SaaS applications performance”

CIO, Large real estate firm
“The product’s simplicity is key as it allows us to get results with our limited IT resources”

CTO, Silicon Valley tech company
“Our users are much more satisfied with our cloud and SaaS applications performance”

CIO, Large real estate firm
“The product’s simplicity is key as it allows us to get results with our limited IT resources”